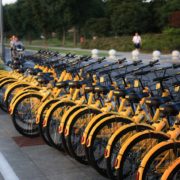 The sharing economy is an ecosystem where people exchange goods and services over the internet, free or for pay. Today’s sharing economy offers numerous opportunities for drivers, hosts, and customers, but certain safety and legal concerns still haven’t been resolved. Businesses in the sharing economy, such as Uber and Airbnb, operate within a legal gray area simply because the law is still learning how these companies work. Also interesting: how can a dataroom support within the sharing economy?

The new economy poses challenges to housing and traffic laws, and it has resulted in labor disputes in many places. Aside from the legalities, there are concerns that companies aren’t doing enough to ensure driver, host, and customer safety. Below are several legal and safety concerns inherent in the sharing economy. 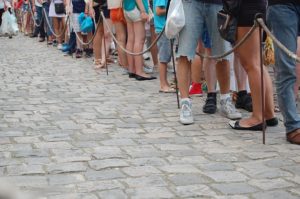 Selling your spot in a line?

Can someone share something they don’t own? For instance, the app betrspot lets people sell seats and spots in line. Transactions only transfer occupancy and not ownership, but venues may argue that seats and queue spots are non-assignable licenses and can’t be sold. The earliest ventures into the sharing economy—peer-to-peer file sharing systems—were shut down due to copyright violations. Newer ventures involve lesser questions of ownership, but it’s still worthy of consideration.

When someone looks for a pet sitter or a handyman service, how do they know they’ll get the services they pay for? There are understandable fears that an unregulated transaction is a risk to consumer safety. For instance, food exchanged on sites such as LeftoverSwap may have been prepared in an unsanitary manner, which endangers the public health. To solve this problem, companies are implementing two-way rating systems for providers and customers. These systems serve as a self-enforcing protective layer for the consumer and engender a sense of community. Additionally, they’re less expensive than conventional enforcement methods, although research raises concerns that participants may practice discrimination at times.

As far as taxes are concerned, is a rideshare provider such as an UberX driver a franchisee or a small business owner? There’s been little agreement on how to tax participants in the sharing economy simply because there are many different business types. In some instances, a participant may not have to pay certain taxes. For example, it’s not clear whether a host must pay an occupancy tax, but they still have to pay federal and state income taxes. In many situations, it is unclear how transactions could or should be taxed. 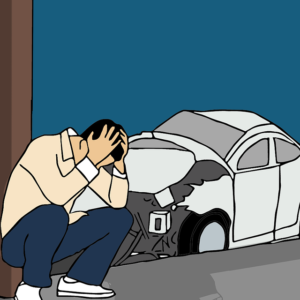 When someone uses his or her personal vehicle for ridesharing purposes, are they covered by personal insurance, commercial insurance, neither, or both? If an accident happens, a driver must use their personal insurance policy, but the insurer may deny the claim on the grounds that the vehicle was used for commercial purposes. While ridesharing companies usually provide drivers with a commercial policy, these do not cover vehicle damage. For instance, California companies offer $1 million in liability coverage, which is significantly higher than many states’ minimum coverage level for taxicabs. Additionally, a commercial policy may not offer coverage when a ridesharing driver isn’t in service. Various tragic incidents have highlighted the need for better insurance regulations in the sharing economy, and some ridesharing companies have implemented coverage for any driver who’s logged in and ready to take a fare. Generally speaking, the economy presents an opportunity for insurers to come up with novel solutions for businesses and individuals.

Take this example. A new skier rents equipment from gearcommons only to injure himself in a tumble down the ski slope. Is the company liable? While companies in the sharing economy face many of the same issues encountered by brick-and-mortar corporations, their presence on the digital platform creates entirely new issues. When something goes wrong, an injured person can argue that the service provider negligently screened goods or participants. However, the company can contend they are only an intermediary that serves to connect businesses and people and have no liability. Companies’ claims often reference the Communications Decency Act, which protects online content providers from content-related liability.

If someone lives in a place that’s zoned exclusively for residential dwellings, are they in violation of the law if they rent their condo or apartment in the short term? What about renting a single-family home for a weekend? Today’s zoning codes draw firm lines between different land uses and, depending on the location, do not always make accommodations for flexible uses. Cities’ demographics are rapidly changing, and populations are increasingly becoming single, young, and professional. These shifts have already had an effect on housing availability with the rise of micro-houses. This, combined with concerns over housing affordability and the change from a 9:00-5:00 work day to project or freelance-based jobs means the zoning aspect is in need of a fresh perspective.

While common sense may dictate that a “pop up” potluck event may not need a business license, one can’t really be sure. Many companies in the sharing economy are by-products of licensed and heavily regulated industries such as restaurants, hotels, and taxi services. It is often unclear whether a sharing model requires the same licenses and permits as a traditional operation.

The modification of traditional laws and legal practices is expected to be an ongoing effort for the foreseeable future. Some countries are further ahead than others in terms of supporting the new economy, which can best be seen as a return to a more primitive and basic way of performing transactions. Because of this, we can anticipate significant difficulties on individual, municipal, state, and federal levels. As this emerging economy grows and develops, the law must change along with it. To remain in compliance, participants should keep up to date with developments and protect themselves from unfair legal rulings. By considering the factors listed above, a buyer or seller in the share-based economy can get the services they need while staying on the right side of the law.

Mathias BlochSonnenbatterie GmbH
If you too want to know more about docurex®, you can trial docurex® for 10 days without cost.
END_OF_DOCUMENT_TOKEN_TO_BE_REPLACED

Basic Business Etiquette to Be Aware Of

The 8 key reports you must make available to potential buyers of your busin...
Scroll to top