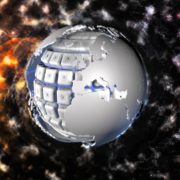 Conventionally, accounting information is held centrally and revisions or additions are carried out privately by accounts professionals. But when you are operating across borders and in cyberspace, this kind of system can become a liability, providing cyber-criminals with opportunities and leading to inefficiency. Read also about a virtual dataroom as solution for location independent sales managament.

Distributed ledgers may well be an effective solution to these problems. They take the form of databases which “distributed”. That is, they exist across a network of nodes and are not held in one particular place. Importantly, when the database is changed, every node on the network is notified. So whatever transactions take place, they don’t escape scrutiny.

How do Distributed Ledgers Work, and Why Are They Useful?

The underlying technology in distributed ledgers is based upon the Blockchain, which in turn forms the basis of the cryptocurrency Bitcoin. As with Bitcoin, distributed ledgers combine transparency and security – valuable commodities for all companies.

When a change is made to one node on the distributed ledger, this change is immediately communicated to all other holders in a peer-to-peer network. This means that if a cyber-attacker decided to launch an attack on your transactions system, they would find it much harder to take it down.

Corrupting one dataset or file wouldn’t be sufficient, because all other nodes possess a full record of the network’s transactions. To succeed, cyber-attackers would have to take down every node at once – a tall order.

But security isn’t the only advantage of running distributed ledgers. It’s certainly a major consideration, but other factors are stimulating interest in the technology as well.

So there are at least two major benefits associated with distributed ledgers. As well as providing security in an increasingly risky business environment, they are seen by many as a route to increased efficiency.

If these projections materialize, or come close to materializing, this is a technology that companies, governments and even (or perhaps especially) charities cannot afford to ignore.

Understanding the Links Between Distributed Ledgers and Cryptocurrency

We mentioned above that distributed ledgers are based upon the Blockchain, which has also formed the basis for Bitcoin – easily the most famous cryptocurrency in the world, but what form does this link take in reality?

Firstly, let’s quickly define what we mean by the “Blockchain“. Basically, this is a database that is distributed across a peer-to-peer network. As the name suggests, the chain is made up of “blocks”, each of which has a specific time stamp. This allows members of the network to know who amended the chain and when.

Changes to the chain are generally not possible on the initiative of a single user. Instead, they have to be accepted by all network nodes in some form. When that happens, the whole chain is transmitted to every node, and the process can begin again.

There’s a good reason why a functional distributed ledger would be based on something like Blockchain.

It’s all to do with trust. In a distributed network like this, every member can see when changes are made. Nobody can fiddle with the data without every member being notified.

Naturally, in some cases, there will be dissent about what constitutes the most accurate version of the ledger. However, distributed ledgers generally work around that problem by specifying in advance what proportion of members need to agree before the chain is approved.

When that capacity to generate trust is allied to efficiency and security against outside interference, it’s easy to see why the technology is causing a stir.

What are the Prospects for Distributed Ledgers Moving Forwards?

At the moment, distributed ledgers are an immature technology. Many of the benefits are hypothetical, rather than real. We don’t yet know how valuable the technology will be for banks, retailers, government departments and aid agencies.

Some doubts have been raised. For instance, trading platforms may not prove practical owing to the demands for data storage about millions of transactions and the speed at which such platforms are updated.

However, there are likely to be many suitable applications. These stretch from registering property claims in areas where property rights are unstable, to mapping solar panel installation strategies, clearing loans and negotiating intellectual property rights for music.

One thing is very real: the excitement about distributed data storage systems. Over the next few years, that hype will start bearing fruit, as distributed ledgers start to solve real world problems. How revolutionary they will be is yet to be seen. 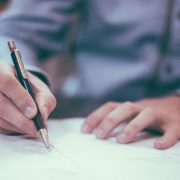 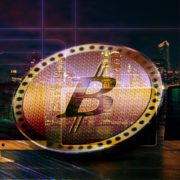 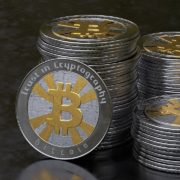 Impact Investing, What It Is and Why People Need to Be Aware of This Option
Scroll to top
We use cookies to ensure that we give you the best experience on our website. If you continue to use this site we will assume that you are happy with it.Ok