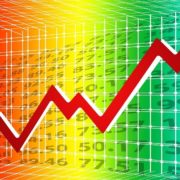 Tech tools are disrupting everything. We don’t even say change anymore—we say disrupt. These changes are clearly apparent when it comes to the sharing economy. Just 10 years ago, the idea of staying in a complete stranger’s house on vacation or getting into a stranger’s car would have been considered incredibly risky, but now it’s the norm.

Whether they’re looking for a better price on an expensive item or want to earn some extra cash by providing services or selling your stuff, the sharing economy offers a lot of appeal for the average consumer. And: a secure dataroom solutions offers support within this area of sharing economy. Let’s take a closer look at what the sharing economy is, who its major players are, and how it’s disrupting a variety of different industries.

What Is The Sharing Economy?

The shared economy is based on a concept called collaborative consumption and while digital tools have made this consumer model easier than ever, it’s nothing new. A broad sharing economy definition may include more variety than you think—it’s not always about business in the peer-to-peer marketplace. Any venue that allows consumers to take on both the buyer and the seller role at their discretion can be considered part of a sharing economy. 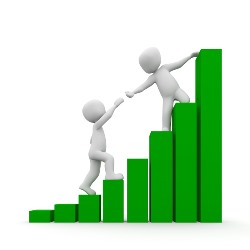 This means that even old-school concepts like garage sales, flea markets, swap meets, and work trade arrangements are included in the general realm of a sharing economy. Online classified services such as Kijiji and Craigslist are great examples of the ways in which classic collaborative consumption can adapt to the digital era.

However, in most cases, when analysts and experts talk about the sharing economy, they’re thinking about startups and other tech businesses seeking to “disrupt” a specific industry by providing updated tools that make it easier than ever to connect individual service providers or sellers and their customers.

When you use Lyft or Uber to call a car, for example, you’re using that company’s platform to connect to individuals who are willing to “share” their car with you by driving you to and from a destination in exchange for money. In cities where you have to specifically call a cab to show up at your house, this service is a major convenience, and it allows average joes with a car to sign up to drive without having to pass taxi driver tests or join a union.

Often, and especially in the case of profit-driven companies like Airbnb and Uber, “disrupting” can come at a price. Uber, in particular, has been criticized for its aggressive business practices. From potentially abusing the contractor concept for their drivers to violating local taxi regulations and actively silencing protests taxi driver unions, Uber is a great example that “the sharing economy” isn’t always just about sharing. 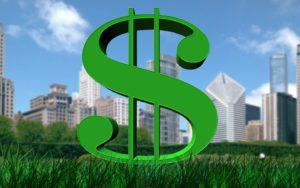 Many of the companies in this arena are backed by high-profile venture capital firms and want to become as profitable as possible. Even companies like Lyft, which position themselves as friendlier versions of the Ubers of the world, must find a way to commercialize the concept of sharing.

In this sense, the collaborative consumption concept is only loosely applied to some parts of the sharing economy, but there is still a big market for consumers who want to engage in a traditional collaborative economy but lack to tools to do so. In Latin America, a company called Tem Açúcar has found major success by providing a platform for neighbors to connect and offer or ask for favors from the people who live around them.

Whether it’s borrowing a lawn mower after yours breaks or even borrowing a fancy outfit to wear to an event, this service creates a sense of community that represents the purest and most idealized form of the sharing economy.

Clearly there are multiple different ways to whether the motivation is profit for the company, as it is in Uber’s case, or a reduction in rampant consumerism and the building of communities, as in Tem Açúcar’s case, most businesses in the sharing economy ultimately exist to undercut competition and provide their users with the most attractive price on a product or service. This can cause traditional economy businesses to lose business. 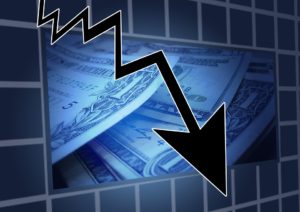 The hotel industry, in particular, is feeling significant strain with the advent of online hospitality marketplaces such as Airbnb. A person renting out a room in their house (or the entire house itself) doesn’t have to spend as much money offering that room as a hotel does—a hotel has costs associated with advertising, staffing, and the maintenance of a large property that a homeowner does not. This means that homeowners can undercut hotel pricing almost every time.

It’s hard for a $200-per-night hotel room to compete with an apartment in the same neighborhood offered at $100 a night. Customers looking for a bargain may not even consider looking for a hotel room under the assumption that they’ll find a better deal in the sharing economy. Even the luxury hotel market is feeling some strain, with high-end properties on Airbnb hosting, VRBO, and other rental services offering a glamorous alternative.

According to some projections, Airbnb may overtake major hotel conglomerates like Hilton Worldwide to earn the most market share in the hotel industry, regardless of the fact that Airbnb doesn’t actually own or, technically speaking, operate any hotel properties.

As with other industries, like publishing and entertainment, that has been disrupted by the advent of widespread digital technology, hospitality, transportation and other industries are having to adapt to competition from the sharing economy in order to stay relevant and competitive.

In some cases, businesses compete by copying some of the basic elements that make sharing economy businesses so successful. This allows them to leverage their existing benefits with the tools that often draw people to the sharing economy in the first place.

For example, New York City taxis now use an app that allows you to call a cab to your location. Anyone who’s used both cabs and Uber or Lyft in NYC knows that when cabbies earn that medallion, they learn more about driving around that city than anyone else. 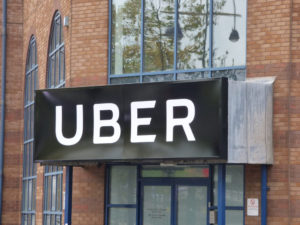 In most cases, taking you a cab is going to get you where you want to go much faster than taking a hired car driven by someone who could have arrived in the city yesterday and is relying on Google maps or the Lyft or Uber platform’s internal navigation to get you where you’re trying to go. Plus, cab drivers are subject to specific laws and regulations, and there’s no such thing as surge pricing (at this point) for NYC taxis.

Overall, taking a cab can actually be a better bet than taking a hired car in NYC. This isn’t the case in all cities, but in cities like London or New York, which require their licensed cab drivers to acquire a huge amount of knowledge about the local roadways, the sharing economy doesn’t necessarily offer a better option than a traditional business that gets savvy about tech.

However, quality alone isn’t necessarily enough of a draw. Luxury hotel chains feel fairly confident that their attention to detail in service will put them over the edge for their customers. After all, your Airbnb probably doesn’t include a concierge, room service, turndown service and valet parking. But those are benefits that are typically available only at the highest echelons of hotel service.

Most travelers would probably be happy to get services like those, but not at the price tag at which they’re currently offered. Participants in the sharing economy tend to be people who don’t have a lot of extra money to throw around. Whether they’re trying to save or earn some extra money, the people who spend money in a collaborative economic system are doing so with a sharp focus on convenience and cost.

Some businesses may be able to compete with that, but others are likely to struggle to survive. The key for those floundering industries or individual business moving forward will be to find ways to out compete for the sharing economy. One thing seems certain, though: Sharing is probably here to stay, in spite of its many drawbacks.

Where To Go From Here? 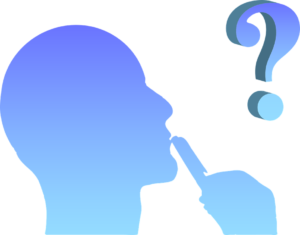 The companies that hit rough patches in this new economy tend to do so because the world isn’t necessarily built for sharing-focused businesses to operate. Car sharing like Uber drivers and hospitality sharing services are running up against issues like local laws and resulting in legal challenges, competition from newer services that haven’t had time to damage their reputations, customer complaints about problems like surge pricing and the relatively uncontrolled nature of sharing.

As for that relative lack of control, that’s going to be a hard issue for sharing businesses to overcome in terms of goods and service. Craigslist, for example, has rock-solid terms of service that absolve the business from liability in case anything goes wrong with activities facilitated through that site.

If you buy a broken treadmill that was advertised as being in perfect working order, Craigslist probably doesn’t owe you anything. When something even worse happens, the company often finds its hands tied. Uber’s difficulty navigating driver and passenger misconduct issues are a great example of the types of challenges these businesses face going forward.

Because Uber’s drivers aren’t employees, they aren’t really obligated to pre-screen drivers and while they can terminate that driver’s access to the platform, the company has historically been extremely hostile to customers who’ve alleged harassment or abuse from drivers.

The “this isn’t our fault, it’s your fault for trusting a stranger” response isn’t going to work if sharing businesses want to stay on top moving forward. The lack of regulation and relative freedom users enjoy on these platforms might not continue if the sharing businesses themselves can’t find a better way of addressing these issues, which toe or even cross the line of legal liability in many cases. 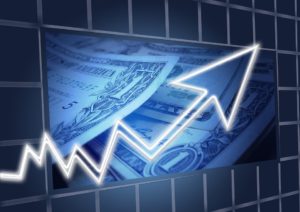 Ultimately, trust is a major factor in a user’s comfort with a sharing service. A first-time Airbnb user who ends up renting a nightmare apartment that looks nothing like its photos probably isn’t going to come back for a second round. Better vetting might be a way forward for these businesses, but they operate on such a large scale, often globally, making that kind of attention to detail quite difficult.

If traditional businesses find a way to compete with low sharing business prices, trust and quality could become the major battleground on which market share battles are fought. If that’s what’s at stake, can the sharing economy survive in its present form? We’ll have to wait and see how disruptive these businesses truly are. If they’re able to disrupt their own process and continue staying one step ahead, they’ll likely continue to dominate.

The docurex dataroom is also available in German .
7 Legal Issues to Consider in the Sharing Economy

Business Dinner Etiquette: The Dos and Don’ts of Dining with Colleagu...
Scroll to top
We use cookies to ensure that we give you the best experience on our website. If you continue to use this site we will assume that you are happy with it.Ok