Blog - Latest News
You are here: Home1 / News2 / General3 / The Sarbanes Oxley Act and Its Lasting Impact on Businesses

Speak to individuals in the securities field, and many will state the Sarbanes Oxley Act remains the most significant legislative act to hit their industry since the New Deal was crafted. Often referred to as SOX, the Corporate and Auditing Accountability and Responsibility Act, Sarbox, or the Public Accounting Reform and Investor Protection Act, this legislation was enacted in 2002. It was named after the two individuals who sponsored it—United States Representative Michael Oxley and Senator Paul Sarbanes. What exactly is this act and why is it of importance?

Accounting and corporate scandals hit the United States in the late 1990s and early 2000s. This includes scandals such as those which affected WorldCom, Enron, Adelphia, and Tyco International. Scandals of this type led to the loss of billions of dollars for investors due to the collapse of share prices in the affected companies. As a result, confidence in the American securities market declined, and Senator Sarbanes and Representative Oxley decided action needed to be taken, thus the Sarbanes Oxley Act was established.

The Sarbanes Oxley Act was designed to curb the excesses of corporations while restoring investors’ confidence in the market. It would do so by improving the reliability and accuracy of required corporate disclosures while addressing accounting fraud and its accompanying issues. With these changes, fraud would be easier to detect. Accounting, auditing, and internal control standards were enhanced through this legislation, and the act also boosted the awareness and accountability of board of directors members and company executives.

The Main Contents Of The Act

The Sarbanes Oxley Act is divided into eleven sections.

Each section is further divided into subsections. For example, the Auditor Independence Section works to limit conflicts of interest by creating stands for external auditor independence. The Commission Resources and Authority, in contrast, works to restore investor confidence in the securities industry.

The Consequences For American Companies 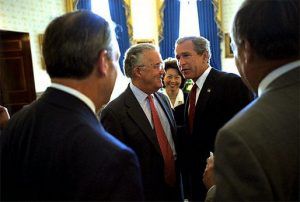 Businesses expressed a great deal of concern when the Sarbanes Oxley Act was first introduced. The major concern involved the independent audit requirement. Small businesses, especially, felt this requirement would be too costly. The standards were modified in 2007, a change that helped companies save a significant amount of money that could then be passed on to investors or held in the organization. The Dodd-Frank Act, introduced in 2010, permanently removed this requirement for any company with a market cap of less than $75 million.

However, the Sarbanes Oxley Act placed a burden on American companies including added hidden costs on international commerce and business, and many costs are substantial. Furthermore, it has created new conflicts among jurisdictions. For example, America remains a dominant player in securities markets around the world. As a result of this legislation, auditing firms in other countries that audit both foreign and American issuers are now required to register with the Public Company Accounting Oversight Board. This has led to an unexpected set of issues.

The Lasting Impact Of The Sarbanes Oxley Act

Many unintended consequences have been seen as a result of the Sarbanes Oxley Act. First and foremost, companies that may have opted to go public in the past are now remaining private to avoid being bound by the provisions of the act. Furthermore, the law may lead to problems internationally, as it could bring about cultural conflicts, and there are certain issues that may arise as a result of foreign laws and the requirements of the act. This includes those involving privacy legislation enacted by the European Union. Companies continue to find the need to ensure they remain in compliance with the act while protecting and safeguarding those working in international locations.

The Sarbanes Oxley Act helps to ensure ethics within a company, serving as a disciplinary standard that applies to all publicly traded companies. The key to navigating the regulations of the Act, however, require flexibility, and this will need to be taken into account in the future. Just as certain requirements were removed for companies with a market cap of less than $75 million, legislators must ensure they make exceptions when needed.

Costs and benefits need to be regularly evaluated, but this can be difficult to accomplish. Random implementation may be of help or making use of an opt-in/opt-out approach. With these methods, lawmakers may better determine how a regulation is impacting organizations of all sizes and types. Additionally, companies need to provide input to lawmakers, as they have a stake in this process. Everyone must be involved to ensure the Sarbanes Oxley Act is providing the necessary protections without harming those doing business in this country.

The docurex dataroom is also available in German .
A Guide to Strategic Due Diligence

5 Mistakes to Avoid During the Post Merger Integration Process
Scroll to top
We use cookies to ensure that we give you the best experience on our website. If you continue to use this site we will assume that you are happy with it.Ok